West Lafayette, Indiana (August 10, 2018) — Purdue's School of Aeronautics and Astronautics has made Launchboxes available to schools for students to conduct space experiments. The small aluminum boxes have already proven successful in a zero-gravity experiment.

Professor Steven Collicott recently finished a two-year project with Cumberland Elementary School second-graders in West Lafayette, in which they used the Launchboxes to send fireflies into space via a Blue Origin rocket. Collicott says the 8x4 boxes were found to be inexpensive enough to be given away to schools, and also that they can be launched into space at a height of 60 miles in the air by the Blue Origin New Shepard rocket, much higher than aircraft or balloons. 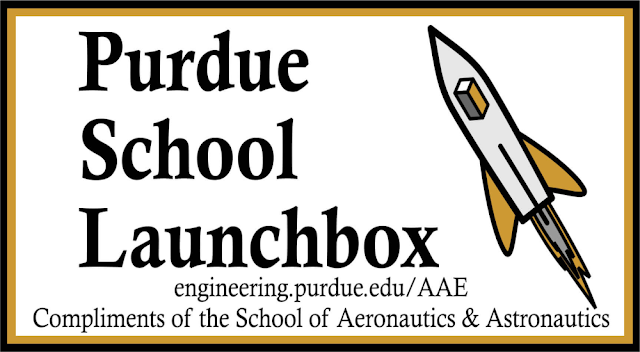 “That flight opportunity is now available to schools all over the world at roughly half the cost of high school football uniforms,” Collicott said. “Any school district in the country that plays football can now afford space flight."

A few aluminum Launchboxes already have been shipped out this summer and more interest is expected as students return to K-12 schools across the nation, said Steven Collicott, professor of aeronautics and astronautics.

The boxes are strong enough to support 15 pounds and allow schools to work within the 1-pound payload limit. Collicott says some of the boxes have already been sent to schools. The Blue Origin New Shepard rocket reaches space at a height of 60 miles in the air, much higher that any balloon or aircraft.

“Teachers should be thinking and working with students about what’s going inside the box and the purpose of their experiment, not how to house it on the rocket." "These Purdue School Launchboxes enable more schools to fly their own original experiments to space by taking this mundane, low-tech stumbling block out of the way for teachers.”

In December, Collicott and his students finished a two-year project working with second-graders from Cumberland Elementary School in West Lafayette to send up an experiment aboard a Blue Origin rocket launch to determine whether fireflies could light up in space.

Compliments from Blue Origin officials about the box used for the firefly experiment led Collicott to look into possible production. His findings: Launchboxes were so inexpensive that they could be given away to interested schools and other organizations.

“We email the schools some computer files for 3D printing the plastic end caps,” he said. “Then we ship them the pre-formed aluminum for the box plus the fasteners and instructions for assembly.

Free Books for Babies and Toddlers

Indianapolis, IN (May 20, 2022) - Indiana Youth Works is giving away free baby and toddler books to parents, teachers, and child care worker... 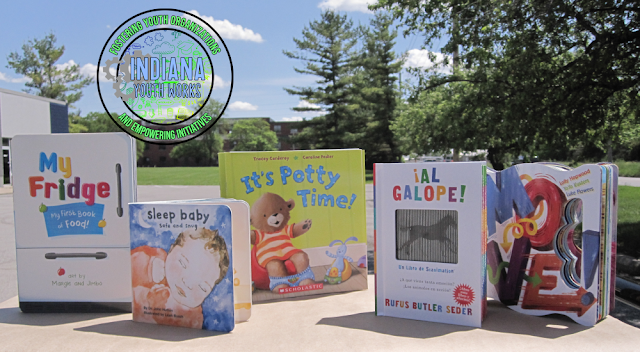